A DIGITAL HISTORY OF ABERAVON RFC

With support and  funding from the Big Lottery, Aberavon Wizards brought together their own ‘Time Team’ at the Talbot Athletic Ground. Supported by community organisations, NPTCBC, NPT Library Services, all 4 secondary schools and a team of voluntary archivists from among the club’s supporters, the ‘Time Team’, brought the entire community together.

A2B Active Sport CIC coordinated the delivery of the documentary (which can be viewed below), an interactive eBook for schools and a film premiere for all involved at the Aberavon Beach Hotel for release of the documentary. 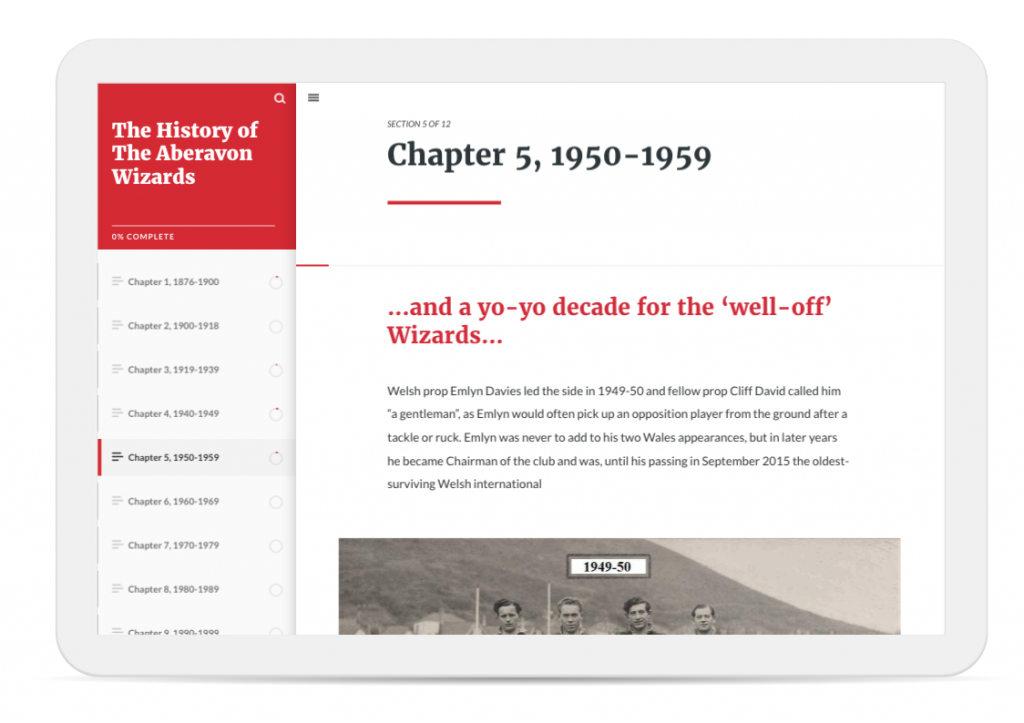 Click below to view the online interactive eBook produced to accompany the documentary film.

The film premiere was attended by pupils, parents, teachers and Aberavon's ex-internationals, as well as staff from the club and members of the local community.

See what Aberavon's Commercial Manager, Chris Lewis had to say about the project when Sean Holley caught up with him after the premiere.

To find out more about what we do, or discuss any potential project ideas you may have,
click below and fill out our contact form